You are here: Home / Drug Testing / An Analysis of 10 million Drug Tests reveals….. 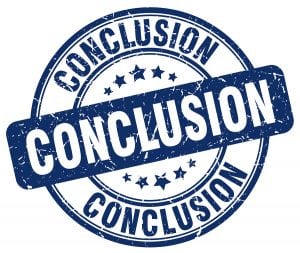 An analysis of 10 million drug tests by Quest Diagnostics reveals some very ominous news if you are an employer who employs people in safety sensitive positions. Don’t know what safety sensitive positions are? We have a blog post further explaining this topic.  And, the analysis reveals the effectiveness of using oral fluid instead of urine as the drug testing specimen.

And, after reading some of these quotes and more detail in the study itself, we think this is definitely not the time to consider stopping drug testing and/or dropping marijuana from your list of panels in your drug testing.

Some quotes from the Drug Testing Index:

“Driven by increases in cocaine, methamphetamine and marijuana, drug use by the American workforce remains at its highest rate in more than a decade,” according to a new analysis released today by Quest Diagnostics (NYSE: DGX), the world’s leading provider of diagnostic information services.

Barry Sample, PhD and senior director of science and technology, warns about the threat to our country’s workplaces:

“It’s unfortunate that we mark 30 years of the Drug-Free Workplace Act with clear evidence that drugs continue to invade the country’s workplaces. Not only have declines appeared to have bottomed out, but also in some drug classes and areas of the country drug positivity rates are increasing,” “These changing patterns and geographical variations may challenge the ability of employers to anticipate the ‘drug of choice’ for their workforce or where to best focus their drug prevention efforts to ensure a safe and healthy work environment.”

Matt Nieman, General Counsel, Institute for a Drug- Free Workplace and Principal, Jackson Lewis P.C., has a similar warning about the importance of workplace drug testing:

“Yet, the ten-year high in positivity rates—spurred by nationwide surges in cocaine and methamphetamine positivity as well as double-digit marijuana spikes in states with newly implemented recreational laws—serves as a stark warning that efforts to prevent substance abuse in the workplace are as important today as ever.”

And, when it comes to marijuana, the Quest Diagnostics Study reveal:

Increases in positivity rates for marijuana in the general U.S. workforce were most striking in states that have enacted recreational use statues since 2016. Those states include: Nevada (43%), Massachusetts (14%) and California (11%). These three states also saw significant increases in marijuana positivity in federally-mandated, safety-sensitive workers: Nevada (39%), California (20%), and Massachusetts (11%). Federally-mandated, safety-sensitive workers include pilots, rail, bus and truck drivers, and workers in nuclear power plants, for whom routine drug testing is required by the DOT.”

A comparison of the results of positivity rates by specimen i.e. Urine vs. Oral Fluid clearly highlights the effectiveness of using oral fluid as the specimen. There are a couple of reasons why. Oral fluid cannot be adulterated, diluted or substituted.

Call us if you wish to discuss drug testing in general and if you have questions about which specimen i.e. urine or oral fluid, is the best for your organization.