You are here: Home / Drug Testing / Another Reason to Test for Marijuana Is…. 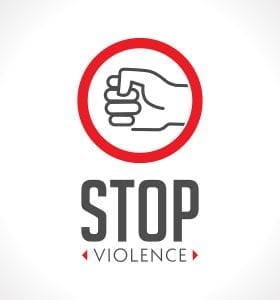 Another reason to test for marijuana is its relation to violence in those who use it regularly. We have quite a few blog posts about the dangerous effects of smoking pot. The blog posts have presented the dangers for employers when employees are under the influence of marijuana while performing job duties. We have presented strong arguments for employers to continue testing for marijuana so as to identify workers or volunteers who might injure third parties while under the influence and performing duties in a safety sensitive position.

The National Academy of Medicine issued a report nearly 500 pages long on the health effects of cannabis and concluded that evidence suggests that cannabis use prior to driving increases the risk of being involved in a motor vehicle accident.

Amidst the ever increasing clamor for legalization of marijuana, we wanted to bring to your attention a book by Alex Berenson called Tell Your Children. It contains ominous information that both employers and parents of children who smoke marijuana should know. And, it portrays another reason for employers to continue to test for marijuana.

The comments below come from an article Stephanie Mencimer who interviewed Alex Berenson, the author of the book Tell Your Children.

Alex Berenson has a new book, Tell Your Children, that is non-fiction and takes a sledgehammer to the promised benefits of marijuana legalization. Cannabis enthusiasts are not going to like it one bit.

Berenson, like many, didn’t have strong feelings about marijuana one way or another. He was skeptical that it could bring about violent crime. This changed when Berenson’s wife, a psychologist who evaluates mentally ill criminal defendants in New York, started talking about a horrific case she was handling. But then, his wife added, “Of course he was high, been smoking pot his whole life.”

Like most Americans, Berenson thought stoners ate pizza and played video games—they didn’t hack up family members. Yet his Harvard-trained wife insisted that all the horrible cases she was seeing involved people who were heavy into weed.

Cannabis has been associated with legitimate reports of psychotic behavior and violence dating at least to the 19th century when British colonial officials in India noted that 20 to 30 percent of patients in mental hospitals were committed for cannabis-related insanity. The British reports, like Berenson’s wife, described horrific crimes. The Mexican government reached similar conclusions, banning cannabis sales in 1920—nearly 20 years before the United States did—after years of credible reports of cannabis-induced madness and violent crime.

People who used cannabis at 15, one study found, were more than four times as likely to develop schizophrenia or a related syndrome.

Over the past couple of decades, studies around the globe have found that THC—the active compound in cannabis—is strongly linked to psychosis, schizophrenia, and violence. Berenson makes a convincing case that a recreational drug marketed as an all-around health product may, in fact, be really dangerous—especially for people with a family history of mental illness, and for adolescents with developing brains. The adolescent users had a threefold higher risk of developing schizophrenia later on.

The National Academy of Medicine issued a report  nearly 500 pages long on the health effects of cannabis and concluded that marijuana use is strongly associated with the development of psychosis and schizophrenia. The researchers also noted that there’s decent evidence pot can exacerbate bipolar disorder and increase the risk of suicide, depression, and social anxiety disorders: “The higher the use, the greater the risk.”

Given that marijuana use is up 50 percent over the past decade, if the studies are accurate, we should be experiencing a big increase in psychotic diseases. And we are, Berenson argues. He reports that from 2006 to 2014, the most recent year for which data is available, the number of ER visitors co-diagnosed with psychosis and a cannabis-use disorder tripled, from 30,000 to 90,000.

Paranoia and psychosis make people dangerous, so rising use of a drug that causes both would be expected to increase violent crime, rather than reduce it, as pro-pot advocates claim. Berenson looked at data for the four states that legalized in 2014 and 2015—Oregon, Washington, Alaska and Colorado—and calculated a combined 35 percent increase in murders in those states from 2013 to 2017, compared with a 20 percent rise nationally. This “isn’t a statistical anomaly,” Berenson writes. “It’s real.”

Berenson looked at data for the four states that legalized in 2014 and 2015—Oregon, Washington, Alaska and Colorado—and calculated a combined 35 percent increase in murders in those states from 2013 to 2017, compared with a 20 percent rise nationally. This “isn’t a statistical anomaly,” Berenson writes. “It’s real.”

The role of weed in rising violent crime rate in legalization states is a hotly contested question, especially in Colorado, where murders in Denver are at a 10-year-high. Berenson admits he can’t say for sure whether those upswings are due to legal weed, but the raw data, he says, definitely contradicts advocates’ claims: “What I want people to stop saying is that legalization reduces violent crime. It doesn’t.”

Consider Texas: In 2017, Berenson writes, “2 percent of the state probably smokes marijuana every day, and 30 percent of the deaths from child abuse or neglect were committed while people were using.” Jared Loughner, the mass shooter who killed six people and wounded Congresswoman Gabby Giffords in Arizona in 2011, was such a heavy pot user that the Army rejected him on that basis.