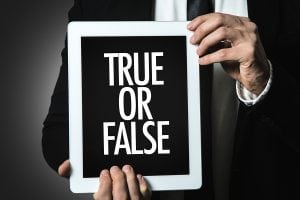 There is much misunderstanding surrounding the reporting of criminal convictions older than 7 years. As recently as this month there was an article in HR Magazine that stated “The FCRA (Fair Credit Reporting Act) permits consumer reporting agencies to report on convictions for only up to seven years.

This statement is just not correct. The Fair Credit Reporting Act  states on page 22 that:

(1)          Cases under title 11 [United States Code] or under the Bankruptcy Act that, from the date of entry of the order for relief or the date of adjudication, as the case may be, antedate the report by more than 10 years.

(2)          Civil suits, civil judgments, and records of arrest that from date   of entry, antedate the report by more than seven years or until   the governing statute of limitations has expired, whichever is the longer period.

(4)          Accounts placed for collection or charged to profit and loss which antedate the report by more than seven years.

(5)          Any other adverse item of information, other than records of convictions of crimes which antedates the report by more than seven years.

In a legalese sort of way, what the ACT is saying is that criminal convictions older than seven years MAY be included in a consumer report.

This statement about the FCRA is further corroborated by a statement on page 63 of a paper published by Barry A. Hartstein from Littler Mendelson, P.C. entitled USE OF CRIMINAL HISTORY RECORDS IN THE HIRING PROCESS paper by littler    “As an example, the FCRA allows criminal convictions to be reportable indefinitely. 15 U.S.C. § 1681c.”  Users of consumer reports should of course be aware of state limitations on the age of convictions included in a consumer report. Beginning on page 66 in this same paper there is a list of states’ limitations on use of criminal records as of the date of the article.