You are here: Home / Drug Testing / Employers Can Be Held Liable for Negligent Retention 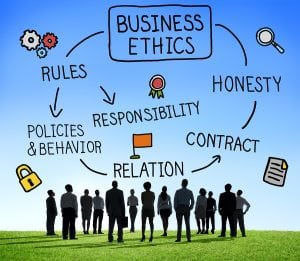 Employers can be held liable for negligent retention when they knew or “should have known” if an employee has a reasonable propensity to injure members of the workforce or of the public.  Why? Because of the concept of respondeat superior. This means the injury would not have occurred had the employer not put the employee in a position of causing the injury. How does an employer defend themselves against this type of action? That’s easy, employers need to institute programs that uncover a potentially dangerous individual and then take appropriate action immediately.

This blog post focuses on two recent situations where an employer should have known about an employee’s propensity to abuse alcohol and drugs.

In the Kentucky case  of Allgeier v. MV Transportation Inc. a jury found an employer liable under the doctrine of respondeat superior, as well as negligence in hiring and training, and was ordered to pay almost $5 million in compensatory and punitive damages. In that case, the employer was unaware that an employee was an alcoholic living in a rehabilitation center when she was hired. The employee caused an accident that injured a customer. Although the employer had a post-accident drug policy, it did not test the employee until two and a half hours after the accident, at which time she tested negative.

The plaintiff’s attorney used the employee’s alcoholism, the employee’s job application, and the delay in post-accident testing as part of a successful negligence and respondeat superior argument.

The point of importance of random alcohol testing in this case is that the employee operated a paratransit bus. Obviously, any impairment while operating the employer’s transportation vehicle could cause injury. And, in this case the jury obviously thought it played a part in the injury.

Another relevant point is that there was no apparent investigation into the employee’s statements on the job application. These statements on the application later proved to be false. The evidence also indicated that the employee was an alcoholic and was living in a rehab facility when she was hired by MV in August 2006. She lied about her alcoholism on her employment application and listed the facility’s address as her home.

I know what some of you may be thinking. Wasn’t the employee protected by the Americans with Disabilities Act. Not so fast. In the first place, she falsified her application. This is certainly grounds for dismissal from the hiring process. Even assuming that the employee was truthful on the application and the employer hired her, given her past condition and the duties of the job an alcoholic probably should not have been put in that job. This is particularly relevant given that the job duties involved operating a paratransit bus while not impaired. And, given the circumstances the employer certainly should have taken precautions to periodically determine i.e. a random alcohol test, the employee was not alcohol impaired while on the job.

A similar example is the California case  of DeVillers v. County of San Diego. In 2006, the county of San Diego was ordered by a jury to pay $1.5 million in a wrongful death and negligent hiring case. Upon appeal, the decision was reversed due to peculiarities involving the liability of a government agency. It was reversed by the court of appeals because the statutory framework requires, as a condition to the injured party’s recovery on a direct liability theory against a governmental agency, that the injured party identify a “specific statute declaring [the entity] to be liable, or at least creating some specific duty of care” by the agency in favor of the injured party.

This particular case is included in our blog post because we wish to highlight certain aspects of the case so as to expose actions by the employer that seriously violated their responsibility to determine if an employee could be put in a position to harm members of the public.

A county employee with a history of drug abuse and a juvenile court criminal record murdered her husband after relapsing into drug use. He was murdered with chemicals obtained from the county agency who employed the defendant. The defendant had been using illegal drugs and this fact was known by her superior. The county had failed to conduct a drug test or background check, though its workplace policy called for both.

The Administrative Services Manager for the county agency (OME) thought the defendant should have been drug-tested but was told by County’s Human Resources department that The defendant was not required to be tested because she already worked at OME.

This decision not to re-drug test a current employee would later prove to be quite injurious to the defendant’s spouse i.e. she murdered him.

The supervisor became aware of her renewed illegal drug usage but did not report it. This was contrary to County’s policy requiring supervisors to report any workplace drug use. This fact reinforces the concept that once a firm’s supervisor is aware of an illegal act, the firm’s management should have known about the illegal act.

Both the Allgeier and DeVillers cases demonstrate how failure to do investigate statements on the employment application and failure to do random drug and alcohol testing can potentially cost a company millions of dollars.

In an earlier post,  we highlighted a situation where an  employer did not use a random drug and alcohol testing program. Would you like to be in front of a plaintiff attorney who asks you “Do you have a random drug/alcohol testing program? Your Answer – No. Plaintiff Attorney Comment – You mean you don’t care enough about members of the public to check to make sure that your employees aren’t impaired when they are driving your vehicles!”