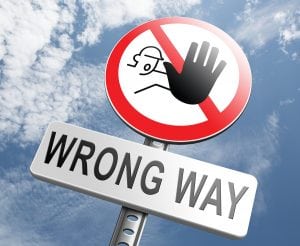 The Federal Trade Commission provides some basic information about the steps employers need to follow here.

And the Equal Employment Opportunity Commission has a web page listing basic steps employers need to know including other considerations e.g. using convictions and arrest records and medial information.

Employers should address the length of time that transpires between sending a consumer a pre-adverse action letter and when a disputed consumer report is resolved in the consumer’s favor. The FCRA does not require that jobs be kept open during a dispute. However, no one can predict what a judge or jury might decide. At any moment, a jury may decide the employer was negligent in its process of waiting for a consumer’s report to get resolved. This is particularly so if the original consumer report contained adverse information that was later corrected. And even if Starbucks is found not culpable, it will be extremely costly for them to defend their actions in this case. If this case is decided in plaintiff’s favor, all employers will need to address their dispute waiting policy.

In this particular case listed by Top Class Actions , a Colorado man who was denied a job based on a Starbucks background check is suing the coffeehouse chain for violations of the FCRA. The Plaintiff alleges that Starbucks Corp. denied him a job based on inaccurate results of a background check, without giving him a proper chance to correct those results. In doing so, he claims, Starbucks violated provisions of the federal FCRA.

Plaintiff says he applied for a Starbucks job in Castle Rock, Colo. in March 2016. After interviewing the plaintiff, the company requested a background check from their screening provider.

Plaintiff says the supposed criminal history that showed up in his Starbucks background check is inaccurate and false. He believed those entries resulted from identity theft. In fact, he says, he has never even been to Pennsylvania.

The plaintiff alleges that several calls to Starbucks were made in an attempt to revive his job application. Nevertheless, the company declined to revisit its decision to deny him a job.

By failing to give the plaintiff a timely opportunity to dispute the contents of his Starbucks background check, he claims, Starbucks violated the pre-adverse action notification requirements in the FCRA.

The FCRA governs the use of “consumer reports,” like the Starbucks background check at issue here, that are used to make employment decisions. The law requires that before an adverse decision is made, the job applicant must get a copy of the report and a meaningful chance to dispute and correct its contents.

So while Starbucks appears to have followed the letter of the law in its process, the plaintiff is challenging the length of time that it took to do so.

Plaintiff proposes to represent a nationwide plaintiff Class that would include U.S. persons who applied for a job at Starbucks and who were the subject of a Starbucks background check report on which the company based an adverse employment decision, but who did not receive a timely copy of that report or the FCRA summary of rights. He seeks an award of actual, statutory and punitive damages for himself and the plaintiff Class and reimbursement of court costs and attorneys’ fees, all with pre- and post-judgment interest.

In an earlier blog post we explain why these types of lawsuits are so appealing to plaintiff attorneys. Needless to say, employers are low-hanging fruit if there are any problems with the process.