You are here: Home / Drug Testing / How Many Americans Are Driving Stoned? 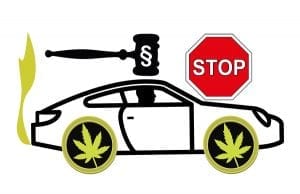 A recent article published by the American Automobile Association states that  millions of American are driving stoned on marijuana. In fact, the article states, an estimated 14.8 million drivers report getting behind the wheel within one hour after using marijuana. That is particularly dangerous, the article goes on to say, given that the impairing effects of marijuana are usually experienced within the first one to four hours after using the drug. And marijuana users who drive high are up to twice as likely to be involved in a crash.

Driving stoned is dangerous enough. Dangerous to all members of the public who drive or ride on our roads. But, the purpose of this post is to warn employers about the danger of having an employee driving for you after getting stoned on marijuana.

Employers need to affirm their right to drug test employees for any drug, particularly marijuana. This is particularly true if they are driving vehicles for your organization. This doesn’t just include DOT truck drivers. If employees are salespeople, making deliveries, picking up goods, picking up mail, depositing funds, really anyone who gets into a vehicle for your organization.

Employees with these job responsibilities are in safety sensitive positions. As of the writing of this post, we are not familiar with any state who would deny an employer’s right to drug test for any substance that causes impairment, including marijuana.

Even in a state like Nevada which forbids employers to refuse hiring an applicant for testing positive for marijuana allows exceptions for safety sensitive positions and positions where impairment would jeopardize the health and safety of other members of the workforce and the public in general. We have a blog post here summarizing that particular point.