You are here: Home / Drug Testing / Marijuana in the Workplace: What You Need to Know 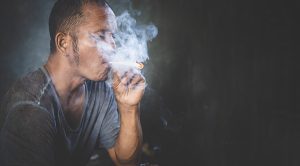 Considering the prevalence of marijuana in the workplace, employers should review their drug-free policies and continue to test for marijuana in all positions deemed safety-sensitive.

On a federal level, marijuana is still considered an illegal, schedule I drug. However, many states continue to legalize it due to popular demand. At R&A, Inc., we believe the following facts cited in the MTD article support the continued inclusion of marijuana in workplace drug test programs.  This is especially true for employees in safety-sensitive positions. According to the National Safety Council:

If you’d like to know more about safety-sensitive positions, R&A Inc. has discussed the topic in depth here.

It is important for employers to create a strong substance abuse policy since marijuana is illegal on a federal basis but legal in many states. Ultimately, they should restrict marijuana in the workplace to the extent allowed by the law.

James P. Randisi, President of Randisi & Associates, Inc., has since 1999 been helping employers protect their clients, workforce and reputation through implementation of employment screening and drug testing programs. This post does not constitute legal advice. Randisi & Associates, Inc. is not a law firm. Always contact competent employment legal counsel. To learn more about marijuana in the workplace, Mr. Randisi can be contacted by phone at 410.494.0232 or Email: info@randisiandassociates.com or the website at randisiandassociates.com