You are here: Home / Drug Testing / Marijuana Legislation Advocates – A Critique of Their Advice 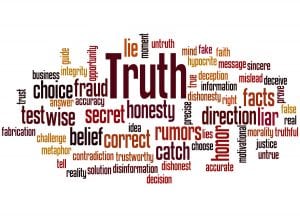 Marijuana legalization advocates are organized and they know what they are doing. One such organization is NORML

“NORML’s mission is to move public opinion sufficiently to legalize the responsible use of marijuana by adults, and to serve as an advocate for consumers to assure they have access to high quality marijuana that is safe, convenient and affordable.” Adopted by the NORML Board of Directors, June 29, 2013

The debate over medical marijuana will be with us for a while. Our purpose in providing this article is to highlight what we believe to be certain hypocrisies in NORML’S drug testing page.

In paragraph #1 below, NORML states that they oppose drug use on the job. They don’t state why they oppose it. So, let us provide some reasons why we think they oppose drug use. Perhaps they know that a person under the influence of a substance can cause injury to other co-workers and to members of the public. This is particularly so if an individual is in a safety sensitive position operating machinery or even an automobile.  Also in paragraph #1 below they state that no one should be forced to submit to urine testing, particularly of course for marijuana. While on the one hand they state that people should not use drugs on the job, on the other hand they want to prevent employers from finding out if an employee is under the influence of a substance.

Have you heard from a donor that the positive for marijuana was due to them attending a party where others were smoking marijuana but they didn’t? Paragraph #4 explains why this cannot be a valid excuse.

Have you as an employer seen a result labeled “dilute specimen”? Well, NORML explains in paragraph #5 how to “beat” the urine test for marijuana. Paragraph #6 explains what to do to make urine look yellow after drinking excessive amounts of water.

Paragraph #8 provides some more advice regarding the use of diuretics. Can NORML be prescribing medicine that might be harmful to certain people? It would seem this supposed altruistic outfit is giving medical advice that could hurt people.

Paragraph #10 provides insight into how to substitute urine.

Paragraph #11 provides advice on using adulterants. As an employer, you should make sure your lab is testing for adulterants.

Paragraph #13 states the accuracy of blood as an indicator of impairment. We acknowledge that using blood as a specimen is quite invasive. The answer is to use oral fluid. Oral fluid mirrors what is in the blood system at the time of the test. We recommend Intercept.

What is the best way to conduct the test?

Typically, personnel involved in an accident must be sent to a clinic for testing with the donor providing a urine specimen. That is of course a viable option. But, the quicker to the actual time of the accident you can deliver the test, the more accurate the results. This is why we would recommend the use of Intercept to test for illegal drugs and Q.E.D. to test for alcohol levels. Both of these tests use oral fluid. Intercept is sent to a laboratory for confirmation testing. Q.E.D. requires on the spot interpretation of alcohol levels. Q.E.D. is approved for Department of Transportation drug testing.

Are you confused about how the Intercept oral fluid drug test works? Visit here to get an overview of the product and great information brochures. And, there is a 5 minute video https://orc.orasure.com/assets/base/training/intercept/player.html  on the OraSure web site that presents the collection process and provides opportunity to take the qualifying exam and print a certificate of completion at:

When using the Q.E.D. kit, it is important that collectors complete a short six minute course and print the completion certificate before administering the test on a donor. Be aware of applicable state law regarding the use of breath as an acceptable specimen for alcohol.

Then in paragraph #16 NORML apologizes for suggesting these techniques for beating drug testing. Their excuse is protecting innocent people. But, if someone is innocent of using drugs, why does that innocent person need to know about these techniques?

In paragraph #22, NORML cites studies that are more than 30 years old in support of their allegation that drug testing is not effective. Well we have some studies of our own that prove otherwise:

In our opinion, NORML should be held legally responsible if an individual follows their advice, is successful in beating the drug test and then injures someone.