You are here: Home / Drug Testing / Not Consulting the Medical Review Officer (MRO) Contributes to Trouble for Employer 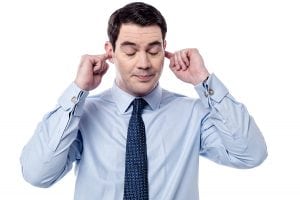 An MRO should be an integral part of any drug testing program. In a previous blog post we talk about the importance of an MRO.

The major reason this employer was forced to pay $1.8 million was a violation of the Washington Law Against Discrimination act. Our purpose in writing this blog is to highlight instances where the employer failed to consult with the MRO. Also involved was time taken by the plaintiff under the Family Medical Leave Act. In our opinion, this led to a misunderstanding of the drugs she was taking for migraine headaches.

We highlight some mistakes that the employer made and then provide the paragraph reference in the case 1498240406_WAfed-62117-$1.8million-Migranse-Prescription-STEWART v SNOHOMISH COUNTY PUD NO 1 Defendant

The court found it important enough to highlight this failure to consult with the MRO in two separate statements in the case (see paragraph 38 and 72).

We highlight some mistakes that the employer made and then provide the paragraph reference in the case.

Paragraph 14. The Fitness for Duty policy makes no exceptions for employees who take prescription medications to treat their disabilities.

One of the issues was whether or not the plaintiff was able to perform the essential functions of her job while taking legal medication for migraine headaches. Lesson to be learned is that your Fitness for Duty policy should take into account legal medications taken by an employee. The employer would send the plaintiff for drug testing when observations of job performance were brought into question by her supervisors.

In these two separate paragraphs, the court finds that the employer failed to show how the employees perceived impairment adversely affect her performance of the essential functions of the job. It is crucial that employers show a clear observable link between the perceived impairment and how it is linked to the employee’s inability to perform the essential functions of the job. Without this proof, it becomes virtually impossible to take action against an employee.

The employer failed to take the advice of the MRO. If the employee held a “safety-sensitive” position, it would have probably been appropriate to take action.

Paragraph 42. The MRO responded to the FMLA Recertification Questionnaire, which addressed whether the employee used her leave appropriately. The MRO stated that he did not believe the employee took leave inappropriately, but that it was “quite the opposite” because the employee was eager to return to work. The MRO also testified at trial that the employee was motivated and anxious to work and strove to minimize the negative impact her migraines had on her attendance. The Court finds this testimony credible.

The MRO  obviously opined that the employee’s actions were appropriate and respectful of performing the job duties.

Paragraph 46. After concluding that the employee had been impaired at work, the employer told her that she must sign a “Return to Work Agreement” as a condition of her continued employment.

Another instance of the employer failing to take into account the MRO’s advice. Had the employer listened, reasonable accommodation could have been made and the case might not have ever occurred. This employer’s conclusion turned out to be incorrect, once again, because the MRO’s advice had been ignored.

Paragraph 96. Responsive Measures: The employer chose to address Stewart’s medication symptoms through a disciplinary process, rather than an interactive one aimed at finding a reasonable accommodation that would allow Stewart to work and seek treatment for her disability.

Obviously the employer made a mistake and acted in appropriately by pursuing disciplinary procedures in a situation that required cooperation with the employee in making a reasonable accommodation.