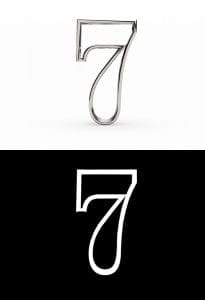 On May 14, 2019, the United States Court of Appeals for the Ninth Circuit ruled in a lawsuit that the seven-year measuring period for criminal charges under the federal Fair Credit Reporting Act (FCRA) rule that prohibits CRAs from reporting any “record of arrest” older than seven years runs from the date of entry and not the date of disposition

As stated in the opinion United States Court of Appeals for Ninth Circuit relating to seven-year reporting period:

“the panel held that 15 U.S.C. § 1681c(a) permits consumer reporting of a criminal charge for only seven years following the date of entry of the charge, rather than the date of disposition. Further, the dismissal of a charge does not constitute an adverse item and may not be reported after the reporting window for the charge has ended”

As stated in pertinent provisions of the Fair Credit Reporting Act  :

(2) Civil suits, civil judgments, and records of arrest that from date of entry, antedate the report by more than seven years or until the governing statute of limitations has expired, whichever is the longer period.

(5) Any other adverse item of information, other than records of convictions of crimes which antedates the report by more than seven years

What does all this mean? It is possible that you may not see information related to an arrest in a report provided by a consumer reporting agency if the date of entry of the information is seven years from the date of the report EVEN THOUGH the date of disposition would have been within the past seven years.