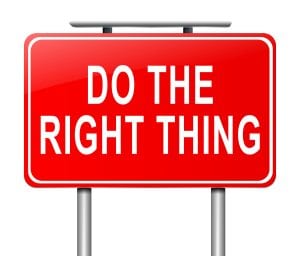 How do we know it works? Recently random drug testing found that  2% of the Toronto transit employees failed drug tests.

You might consider 2% no big deal.  Let’s take a closer look at what 2% can cost a firm.

Findings from the National Council on Alcoholism and Drug Abuse have indicated that drug abuse costs employers a staggering $81 billion dollars per year.

According to the federal Substance Abuse and Mental Health Services Administration   (SAMHSA), 68.9 percent of the estimated 22.4 million illicit drug users, ages 18 or older, are employed full or part time. That computes to about 15 million (22.4 million times 68.9 percent) drug users in the workplace. So that means one illegal drug user is costing an employer approximately $5400 (81 Billion dollars/15 million people)

Okay, now what does that mean for a medium sized employer. If you have 100 workers, either par-time or full-time, let’s assume as in the Toronto situation there are 2 employees on illegal drugs. That means these folks are costing your firm approximately $10,800 per year. Random drug testing approximately 25 per year at a cost of $40 per drug test would cost you $1,000 per year. Would you rather pay $10,800 or $1,000 to protect your associates, the public and your reputation?

Keep in mind there are probably closer to 5 as is indicated in the Quest Annual Diagnostics survey.  If there are 5 employees then they are costing your firm $27,000 per year. This makes the ROI on a random drug testing even higher.