You are here: Home / Drug Testing / Two Good Reasons to have a Medical Review Officer 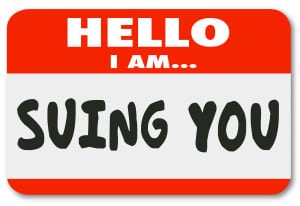 An MRO is a person who is a licensed physician and who is responsible for receiving and reviewing laboratory results generated by an employer’s drug testing program and evaluating medical explanations for certain drug test results.

An MRO, acts as an independent and impartial “gatekeeper” and advocate for the accuracy and integrity of the drug testing process.

·         provides quality assurance review of the drug testing process for the specimens under their purview,

·         determines if there is a legitimate medical explanation for laboratory confirmed non-negative, adulterated, substituted and invalid drug test result,

·         ensures the timely flow of test result and other information to employers and protects the confidentiality of the drug testing information.

MROs make their determinations using test results, documentation provided by the collection site and interviews with the donor. The MRO is a crucial line of defense against an allegation that the drug test process was in error.

The MRO is there to evaluate reasons why a specimen may have tested non-negative for certain drugs. If the MRO is provided with a valid alternative medical explanation for the result (such as using a prescription medication that creates a positive result in the given drug test), then the MRO can verify that the result should be “negative” and this will be sent to your company.

Reason #1 – Medical Review Officers are considered so important to the drug testing process that several states have made their use mandatory.

The following states (and industries within those states) require the use of an MRO:

Reason #2 –  An MRO is a best business practice and an excellent line of defense in case the employer is sued. For example, MG Oil is an EEOC case that the employer lost because they did not use an MRO. An employee tested positive for a prescription painkiller and her job offer was rescinded. The EEOC sued for disability discrimination. It turns out she had a prescription, but the testing company did not utilize an MRO and it was reported as non-negative. The employer lost the lawsuit. Importance of having an MRO in your drug test program – what happens if you don’t – illustrated