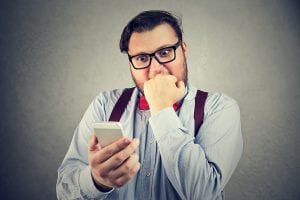 The rate of workforce drug positivity hit a fourteen-year high in 2018, according to a new analysis released by Quest Diagnostics, the world’s leading provider of diagnostic information services.

Increases in post-accident positivity in the general U.S. workforce outpace those for all other testing reasons, including pre-employment screening. This bolsters the need for employers to send a clear message to employees in safety sensitive that operating in a safety sensitive position with drugs in their system will not be tolerated. The most effective way to send this message to the workforce is to implement a strong random drug testing program.

Marijuana continues to top the list of the most commonly detected illicit substances across all workforce categories specimen types e.g. urine, oral fluid, and hair.

“Increases in post-accident positivity among safety-sensitive workers should serve as a warning to employers that employee drug use may increase the risk of workforce accidents or injuries” said Kimberly Samano, PhD, scientific director, Quest Diagnostics. “Our analysis suggests that employers committed to creating a safe, drug-free work environment should incorporate strategies that monitor drug use above and beyond pre-employment drug screening.”

Have you seen an increase in Dilute Specimen Results from donors? Findings in this analysis show an increased percentage of urine specimens reported as invalid due to inconsistency with normal human urine. This would suggest attempts at specimen adulteration or substitution. Between 2017 and 2018, the percentage of invalid results 40 percent in the general U.S. workforce (0.15% versus 0.21%).

Oral fluid drug testing, in most categories, continues to find more positives than urine as revealed in the following table: