You are here: Home / Background Checks / Is your consumer reporting agency following the 7-year rule? 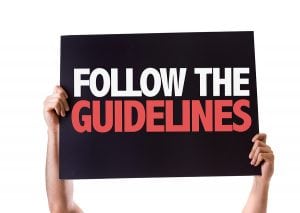 Is your consumer reporting agency following the 7-year rule in reporting information on reports on individuals? There is confusion about what can be included.

This statement is just not correct. The Fair Credit Reporting Act  (FCRA)    states on page 22 that:

(1)          Cases under title 11 [United States Code] or under the Bankruptcy Act that, from the date of entry of the order for relief or the date of adjudication, as the case may be, antedate the report by more than 10 years.

(2)          Civil suits, civil judgments, and records of arrest that from date   of entry, antedate the report by more than seven years or until   the governing statute of limitations has expired, whichever is the longer period.

(4)          Accounts placed for collection or charged to profit and loss which antedate the report by more than seven years.

(5)          Any other adverse item of information, other than records of convictions of crimes which antedates the report by more than seven years.

In a legalese sort of way, what the FCRA is saying is that criminal convictions older than seven years MAY be included in a consumer report.

Under terms of the settlement, General Information Solutions agrees to put up a settlement fund worth $704,000. This fund will be used to pay Class Members after deductions are made for court costs, attorney fees, and an incentive award for the class representative.”

You should be monitoring the information in your reports from your consumer reporting agency to assure the above-mentioned rules are being followed.