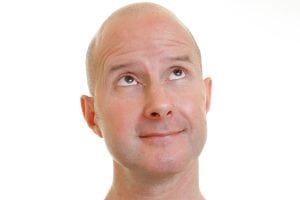 Using hair as a specimen for drug testing poses a number of issues. There are open questions about the scientific validity of results of hair drug testing. And there are questions about its effectiveness in taking action if positive result comes back. Typically, employers are required to take action only if a positive drug test indicates current use. Hair testing indicates positives for drugs many days or weeks in the past, depending on the length of the hair specimen.

The science behind the process using hair to test for illegal drugs is currently being challenged by a Police Officer in Boston. The plaintiff alleges that using this type of specimen for drug testing is flawed particular for African American females.

The article states that using this type of specimen for drug testing was developed in the late ‘60s, when an Austrian chemist named Werner Baumgartner decided to piggyback on the work of his wife, Annette Baumgartner. She was working at the Aerospace Corporation, trying to figure out what toxins might be ingested by onlookers during a shuttle launch. Werner realized that he could look for drug exposure with the strategies she developed. Substances floating around the blood eventually get incorporated into the hair as it grows—either through tiny blood vessels or the oil and sweat glands that surround the hair follicle—and drugs found inside the hair itself, he realized, would be harder to cheat on than urine or saliva tests. They’d linger longer in the sample, too.

In 1985, a navy chemist named David Kidwell was tasked with studying the test’s effectiveness—and soon, he began to have reservations. Research from Kidwell and other scientists has shown that both the amount of melanin in the hair and some chemical treatment involved in styling makes a difference in how much contamination the hair can absorb. Kidwell has appeared as an expert witness in many lawsuits about the validity of the tests over the last 20 years.

Though the plaintiff in the case has already been reinstated, the risk of future false positives still looms over her peers, both in and out of law enforcement. The result of her discrimination case, which is still ongoing, should inform the use of a potentially flawed test—and hopefully spur the development of others.

We have highlighted problems using hair as a specimen for drug testing.  This prior blog post points out that while hair testing can test for drug use months in the past, it may not reveal recent drug use. What is the ramification of that fact? Employers can only take adverse action if an individual is guilty of being under the current influence of a drug, legal or illegal depending on the test panels. In fact, if an employer does use hair testing and finds illegal drug use in the past, the individual may be protected under the Americans with Disabilities Act.

And what happens if you have to collect this type of specimen from the individual in the picture?

What are the alternatives? Easy, use either urine or oral fluid as the specimen. Both have years of case law successfully supporting its use. If you wish to further discuss, give us a call at 410.494.0232