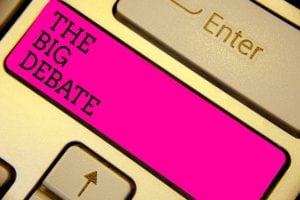 We don’t think employers should stop job applicant drug testing. Mark A.R. Kleiman wrote an article in MSN Money web site expressing the opposite opinion recently. His remarks from the article are in Italics below. Our rebuttal points follow each italicized paragraph.

Companies can’t find enough workers. And the research linking passing a drug test to performing better at work is weak.  The job market is now so tight that some firms are complaining that they can’t hire as many workers as they want to — and indeed, official figures now show more empty jobs than jobless people seeking work.

It has been quite illegal to track the job performance of illegal drug users ever since drug testing was formally introduced into the work environment in the late eighties. How could such a statement about job performance be made without any documentation of a legitimate study? I wish someone would do a study of these advocates for drugs in the workplace and ask if they would want to work with someone who is “high” on a drug in the workplace. How about an electrician high on drugs working with them on an electrical job? How about sitting in a restaurant where an employee in the kitchen “high” on drugs cuts a finger and bleeds into their food? You get my point, hopefully. Following are four articles supporting the fact that drug testing makes a more safer and productive workplace, there are probably 10 million people in the workplace using illegal drugs, the ill effects of employee drug use in the workplace and how much drug abuse costs employers in the US.

Drugs are unbelievably prevalent in our employed population. Seventy percent of the 14.8 million Americans who abuse drugs are employed.

When an employee abuses drugs, employers and payers take on the risk of: workplace injuries, compromised productivity due to absenteeism and increased liability to co-workers and members of the public.

Rules that seemed to make sense when workers were easy to find become less attractive when labor is in short supply. Firms have already started to reconsider their policies against hiring the formerly incarcerated, a reform that will help ex-criminals and their families, and probably also reduce recidivism: Former criminals might not remain former criminals for long if they can’t find a way to make an honest dollar.

Here is a rambling statement in search of relevance inside the context of this article. What does hiring ex-criminals have to do with drug testing? But, since he brought it up, I have some more questions. Would he want to drop off his children, if he has children, at a day care center with someone who has sex offense records in their background? You get my point, hopefully. Employers are quite aware of tapping this particular population of ex-offenders if, and a big if, their past behavior doesn’t indicate they may commit the same crime while in their employee. The EEOC has guidelines of rejecting candidates in this area. We counsel all our clients to follow these guidelines when screening for past criminal convictions.

What other changes might companies consider on this front? They should consider cutting back on pre-employment drug testing, a feature of many workplaces for three decades.

Pre-employment drug testing is a most valuable screening technique for screening out the “stupid”. If someone knows they are going to take a drug test and still tests positive, isn’t that pretty stupid? Do employers want “stupid” people in their workforce. Does the author want to work with “stupid” people?

Two studies of postal workers, done in the late 1980s, near the peak of the crack epidemic, tested job applicants — but didn’t show the results to people making hiring decisions. Both found that employees who had tested positive before employment were absent more frequently and were more likely to be fired than those who tested negative. In one of the studies (but not the other), there were also elevated rates of accident and injury among the “positive” group.

While the thrust of his article is an argument against drug testing, the above statement of his clearly points out the advantages of drug testing. Go figure!

However, in a workplace that uses pre-employment testing as a screen — the usual practice today — employees have every reason to avoid drug use in the days immediately preceding a test, even if they plan to use drugs later. (Three days will suffice to clear the body of the metabolites of most drugs; the exception is cannabis, which may remain detectable for weeks among those who have been using heavily.)

Correct and that is why random drug testing is so powerful in the workplace. It sends a powerful message to all in the workforce. AND it results in a much higher rate of positives.

Society for Human Resource Management has and determined that just one illegal drug user costs an employer almost $11,000 per year in increased accidents, time off from work and worker compensation claims. And, how about an estimate cost of $193 Billion to society as a whole?