You are here: Home / Drug Testing / Medical Marijuana in the Workplace 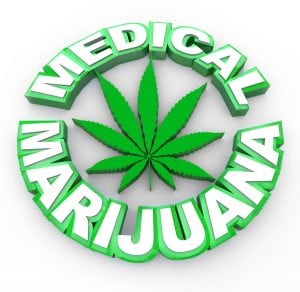 The news media accounts give the false impression that a decision is final. It is not. The Massachusetts Supreme Court has merely remanded the action back to Superior Court. So a decision is not yet final. Those lower courts had in fact ruled in the employer’s favor. The Massachusetts Supreme Court conclusion from the actual court case states as follows:

“Conclusion. For the reasons stated above, we reverse the judge’s allowance of the motion to dismiss the plaintiff’s claim for handicap discrimination and the related claims under G. L. 27 c. 151B, and affirm the allowance of the motion as to the counts claiming an implied private cause of action under the act and wrongful termination in violation of public policy. We remand the case to the Superior Court for further proceedings consistent with this opinion.”

Of course, you cannot rely on news media to accurately report the status of the action.  We have written previous blog posts about not believing the headlines in the news media.

So here we go again and provide some examples of how the news media has inaccurately portrayed the status of the action.

Employer Do’s and Do Not’s in light of this Decision:

Do have competent employment legal counsel review your workplace drug free policy, TOMORROW. A poorly crafted policy and improper and inconsistent implementation will be most costly in terms of exposure, your reputation, and maybe even the continued existence of your organization.

Do continue to include marijuana in your list of illegal drug panels. Marijuana is still considered an illegal substance under federal law. Marijuana is a mind-altering drug and any injury caused to a co-worker or to a member of the public by an employee while in your employ means the employer will be held responsible. Take into account the environment in which you operate. Are you subject any federal rules and regulations that require you to test for marijuana? Are you a federal contractor and must comply with Federal Drug Free Workplace rules and regulations? Does a contract with a customer require you to test workers for being under the influence of marijuana or any other illegal drug?

Do identify the essential functions of a job position and link the required levels of performance needed to carry out those job duties effectively. Do not substitute confronting an employee with poor performance with a “hope –for” attitude that the employee may test positive for marijuana or any other illegal drug. If an employee is not performing the essential functions of the job, then that should be the reason for eventual termination.

Do consult with your medical review officer to determine if a reasonable accommodation might need to be made under the Americans with Disability Act (ADA) for an employee who uses any drug, including marijuana, for medical purposes. We recently wrote a blog post concerning that exact issue .  We can say that to this date there is no court in the land that will refuse an employer’s right to remove someone under the influence of a drug that who cannot perform the essential functions of their job.

Do become proactive with your state legislature and impress upon your representatives the cost in lives of a lenient policy of allowing marijuana to be legal. The results in lost lives and increased accidents are now very clear in those states where marijuana has been legalized in one form or another. We have a blog post that discusses this issue.   Talk to your legislators about the need to find employees who need to be drug free so they won’t injure other members of your workforce and the public. We have written a blog post highlighting employers who have problems finding drug-free individuals.    And, don’t expect that the “push” for medical marijuana will be the end. THIS IS JUST THE BEGINNING. We predict that the “push” will continue with allowing additional drugs to be accepted by the community i.e. State, in which you live and operate. This is why employers must lead the charge for stopping the insanity of allowing employees to be under the influence of any drug